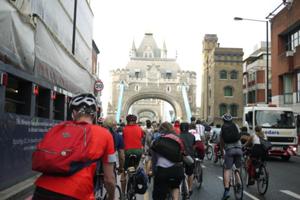 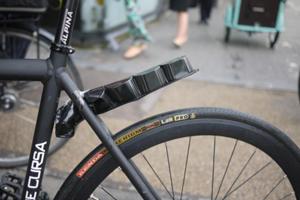 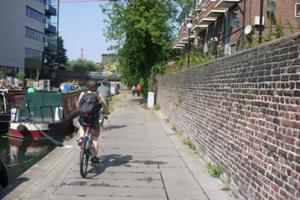 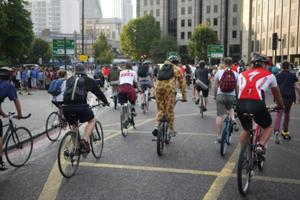 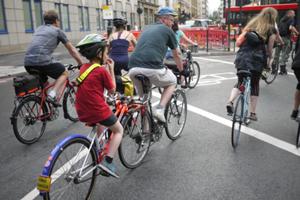 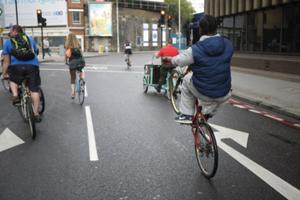 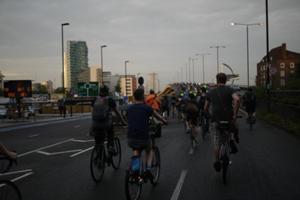 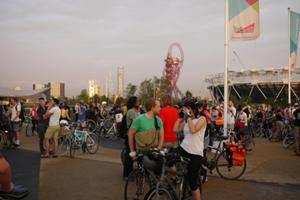 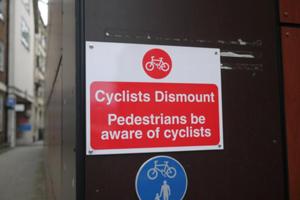 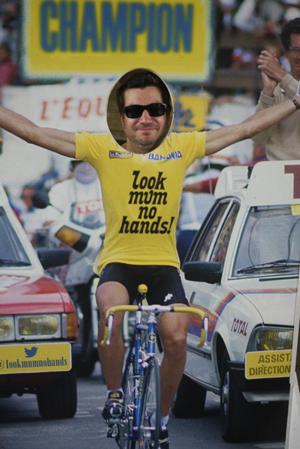 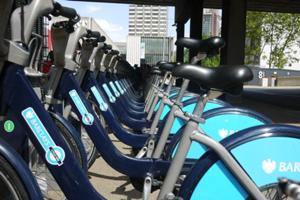 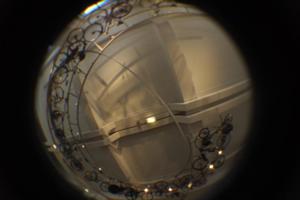 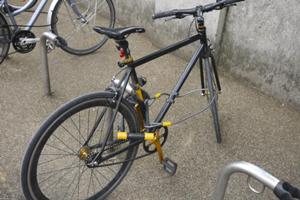 I recently spend two weeks in London, and cycled quite a lot there. And I have to say that I enjoyed it quite a lot, and found London to be a surprisingly bike-friendly city.

For a start, nearly all of the bike paths are on the street, whereas in Vienna, most of them are on the sidewalk. In London you can just go with the traffic. In Vienna, you have to constantly watch out for pedestrians to walk or stumble onto the bike path, and at the same time check for cars giving you a deadly right-turn-hook.

I also found the density of bike rental stations (Boris Bikes) amazing. They where so plenty, and equipped with so many bikes, that we never had a problem giving back the bike after 30 minutes to avoid paying the fee. Of course the downside is that you have to pay to get a bike (£2 per day or £10 per week; the yearly offer is quite cheap, but makes no sense for tourists..).

I also liked the maps located at the bike stations (and at a lot of other places), but it took me a while to figure out that they were not aligned to North, but to your current position. Crazy! But apparently easier to understand for most people. (Similar maps are currently introduced in Vienna, also not pointing to north...)

I was annoyed by the traffic running on the wrong side, so a lot of right-turns (esp. on high-traffic roads) where done using a Copenhagen box maneuver (of course executed the other way round, because the stupid left-hand side driving). Not very elegant or fast, but save and sane.

While London is not too hilly, the place we where staying (between Kings Cross and Angel) was located on a small hill, which made riding a single speed bike a bit annoying. But even more annoying was trying to climb some of the steeper ramps on and off the Regents Canal. Which confirmed my suspicion (prejudice) that single speed bikes are nothing I like (even if the bike is very light, which is helpful when you have to carry it up three flights of stairs, which we had to do..)

Speaking of Regents Canal: A very nice route! Not the fastest way to get from A to B, but the nice views make up for that. The only problems are the sometimes ridiculously narrow paths (esp. under bridges) where a wrong move will land you in the canal; and the bloody tourists blocking the way :-)

Locking a bike is easier in Vienna, because most of the time a proper U-Lock is enough. Londoners seem to always carry two locks, to also lock the front wheel and maybe even the seat.

I participated in the monthly Critical Mass, which was nice, even though some of the participants where rather too aggressive for my taste. On the other hand a cab driver actually got out of the car and started to push a cyclist (who was corking) around. I've never seen this aggressive behavior (on both sides) in Vienna.

To sum up: Cycling in London was much nicer than I hoped for!