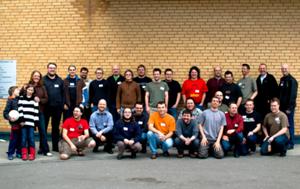 You can read about my trip to Oslo to the Oslo QA Hackathon 2008 in my use.perl blog.

Oh, one funny thing I didn't mention there: On Saturday morning, in some random hotel in Oslo, while chatting with various Perl people during breakfast, I was approached by Robert Barta, who is also a Perl developer from Vienna. He was in Oslo for a Topic Map conference. What a small world. (But the weirdest thing was when I met Eric, a Paris Perl Monger, on the plain from Moscow to Beijing...)