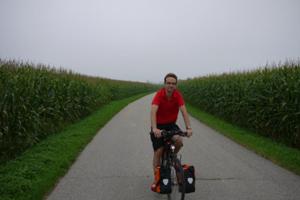 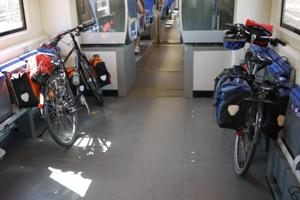 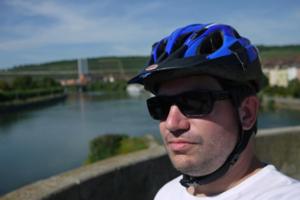 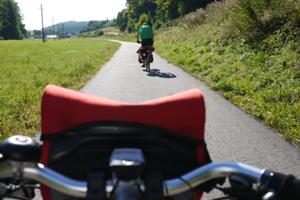 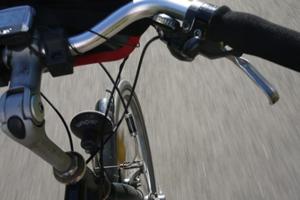 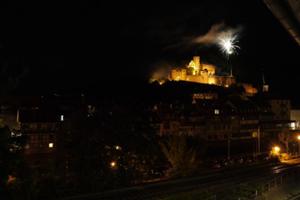 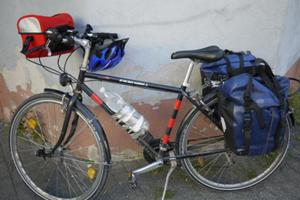 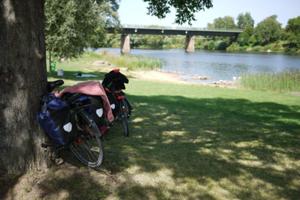 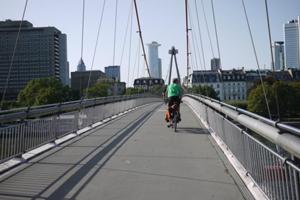 In a few minutes I'm starting our (me & MaKo) bike trip to Frankfurt for this years YAPC::Europe by cycling to Franz Josefs Bahnhof and taking a train to Passau. While I'd love to cycle the whole distance, there isn't enough time in my families holiday schedule. It's still ~500+km, which is quite a lot for 3.5 days (so we might take another train in between..)

I'll try to update this page during the journey, if we find internet...

... but there was not internet, so here's the post-journey journal:

We cycled 493.03km, averaging a bit below 20km/h. We took a train between Nürnberg and Würzburg, because the whole trip wouldn't be doable (for us) in the available time. The weather was mostly nice, besides a short rain shower on Thursday afternoon. The heat on Sunday was barley manageable, but we took a short break on the Main for some swimming. We passed a lot of nice medieval towns and villages, lots of corn fields, saw two fireworks, cycled along 3 rivers and two man-made canals, and had a great trip.

Now I'm looking forward to three days of YAPC::Europe (even though I'd appreciate it if we moved the conference to a swimming pool - IT'S SO HOT!!!)