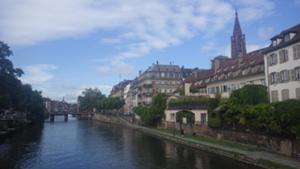 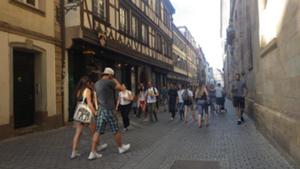 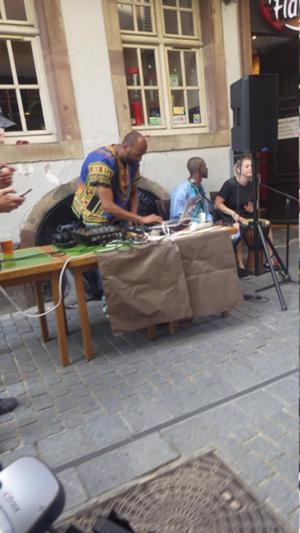 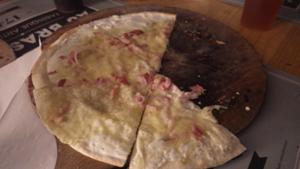 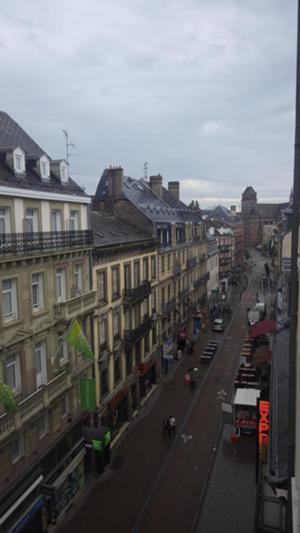 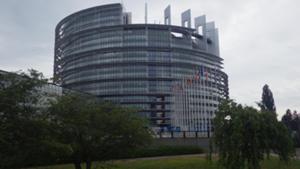 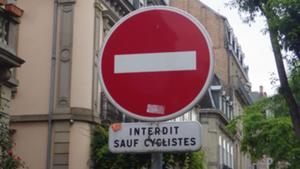 I now spent 3 days in Strasbourg, participating in the French Perl Workshop (see here and here for the Perlish things..).

It's always nice to have your own bike in a city you visit, not only because you can move around much faster than on foot (or public transport), you are preceived more like a local. Strasbourg has quite a lot of bike paths, and the bicyling culture is much more relaxed than in Vienna (or rather the pedestrian/car culture): Riding (slowly) through pedestrian areas is no problem, avoiding traffic and/or obstacles by riding on the sidewalk does not seem to be frowned upon, red lights are more of an suggestion than law. While cycling through Strasbourg I also went to the European Parlament, which was the only "sight" I visited.

On Friday there was a big music festival in the whole city, every other pub had either a soundsystem or a live band on the pavement, playing very loud - this would be impossible in Vienna :-(. We had the social event on Friday night, eating various kinds of Flammkuchen and talking about Perl, tattoos, math, politics, looking after spoiled kids of russian oligarchs and other stuff, while hoping that the group of young male German tourists on the next table where not only able to chuck down beers very fast, but also keep them down (which they did..).

After a big breakfast at my hotel, I'm now ready for what will probably be the hardest stage of my bike trip: Heading south-east into (or rather up) the Schwarzwald, to the source of the Bregg (which will later turn into the Danube). According to my route, it's ~1000m difference in altitude. But from there on, it' downhill along the Danube for the rest of the trip.