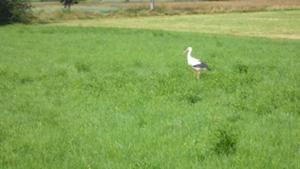 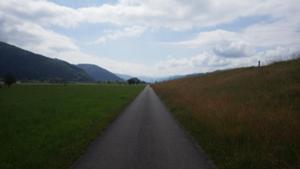 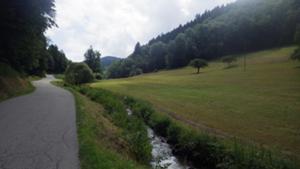 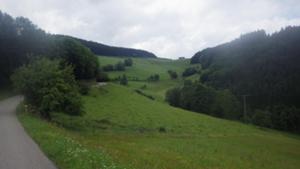 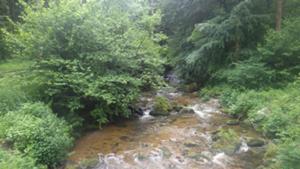 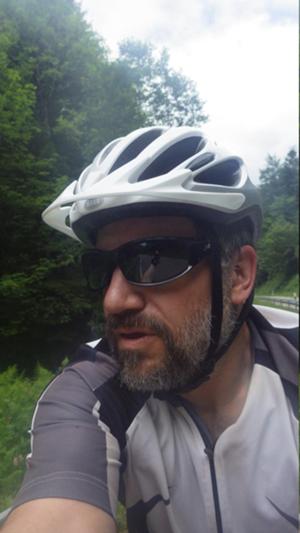 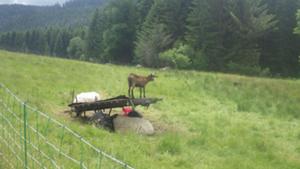 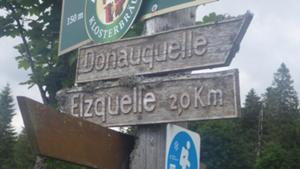 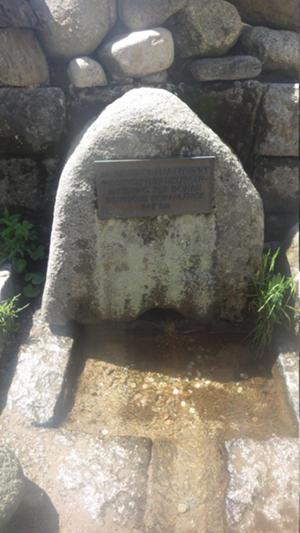 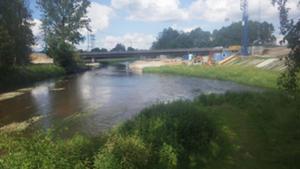 Today I put the lower 7 gears of my rohloff to good use! The first ~50km where going very slightly uphill, but the next 30km not so slightly... I even had to get off an push the bike for 100m, because the path was just too steep.

My reward was to see the source of the Danube river (technically called Breg), and the actual start of the Danube (where Breg and Brigach join). Oh, and I made more than 60km/h on a stretch of proper road :-)

I decided to not stay in Donaueschingen (where I arrived at ~17:00), because it seemd rather touristy. Unfortunantley, this resulted in an additional ~30km (with headwind!) because the next few villages did not have any accommodation at all, or where fully booked. In the end I endend up in the aptly named small village Zimmern ("rooms"), where I found a basic and cheap B&B, and a restaurant with Wifi.

Update: Here's the GPX (which records lower distance because I cleaned it up a bit and removed some detours..)