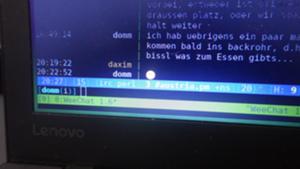 Yesterday we had our monthly TechSocialMeet:

Then we moved downstairs to Tachles for food, drinks and chats. Yet another nice evening!