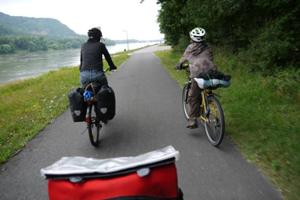 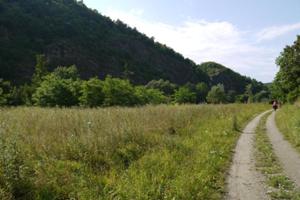 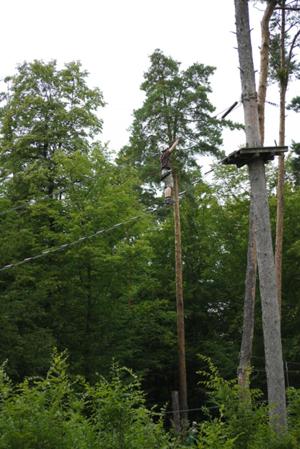 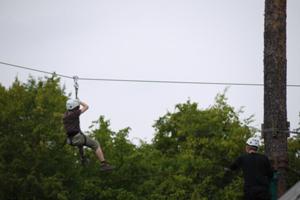 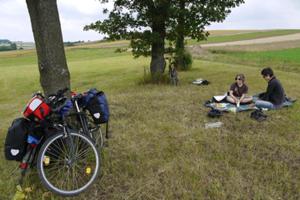 We continued out cycling trip after a day of rest in Vienna, and now without the camping gear. Our destination was Franzen, small village between Truppenuebungsplatz Allensteig and Dobra-Stausee. Also, a friend of ours recently bought a big house there (which used to be the local pub 15 years ago).

We cycled along the Danube upstream up to Kraftwerk Grafenwörth, then along the river Kamp up to Horn, and from there to Franzen (with a long stop at the Kletterpark Rosenburg)

After three days of cycling we arrived in Franzen and spent two lazy days there - very nice area!

To get back to Vienna we cycled through the Truppenuebungsplatz, which was quite interesting: There were several waring signs telling to not leave the road and to not take pictures. And the countryside was untouched by farming.